Exclusive Interview with Marv Wolfman about "Man and Superman: The Deluxe Edition"

By Steve Younis and Michael Bailey

Thanks to DC Comics, the Superman Homepage was pleased to be able to interview writer Marv Wolfman ahead of the release of "Man and Superman: The Deluxe Edition" hardcover publication.

The Superman Homepage would like to thank Marv for agreeing to do this interview, and for fitting it into his busy schedule. 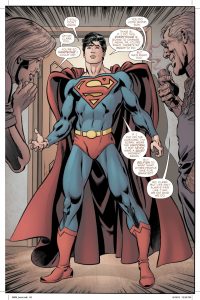 Q: You've stated multiple times that "Man and Superman" is your best ever Superman story, and perhaps one of your best stories period. What is it about this particular story that you personally like so much?

A: I had a very specific style and approach in mind in order to tell this story that differed with most everything I'd ever done in the past. Since the story is about a boy growing up to become a man, in my mind it could not be about the action. Clark hasn't become an action hero yet. He hasn't embraced his inner Superman. He's still a young man with questions and doubts and uncertainties. Superman can act with his fists. Clark can't. That meant altering the pacing of the story - the way the story was told, how Clark spoke, etc.

I had to constantly remind myself what the story was about. Every time I came up with an action bit, even a great action bit, I had to remove it. Clark may have learned how to use his powers, but he never had to apply it in any situations. It's the difference of studying something in school and then applying what you learned in real life. Clark went to "school" to learn what his powers were but there never was a time when he had to actually use them in some major way.

I gave myself a series of hard goals and challenges. The reason I so love this story is, for the most part, when I was done, I felt that I had succeeded. The story did everything I wanted it to do, something that rarely ever happens.

Q: Can you talk about the differences between writing Superman in the past compared to "Man and Superman"?

A: This story was about the uncertainty of growing up. Normally, when I write Superman he's already a man. He's confident and selfless. His questions are not should he do something, but how to do it. Also, Man and Superman is a novel. Done in one story. Normally, I'm also writing an endless series of chapters. We can't continually make big changes in the regular Superman book as he appears in multiple books and the character has to be consistent. With Man and Superman, I can tell an entire story.

Q: What it was like collaborating with artist Claudio Castellini on "Man and Superman 100-Page Super Spectacular #1"? What was that process like?

A: I wish I could answer this, but I had already completed almost all the scripts by the time Claudio signed on so we didn't quite work together. But I absolutely loved his art. I loved how he handled Superman. 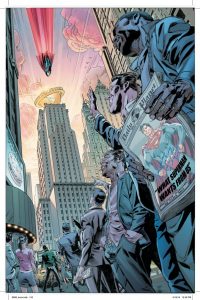 Q: The Deluxe Edition of "Man and Superman" will be released on November 20. It contains some wonderful bonus material, including your original proposal, the final draft of the script, and the complete artistic process from sketches, pencils, inks, through to coloring. It's an impressive publication. How do you feel about this Deluxe Edition's release?

A: First, I'm thrilled that all four chapters were printed in a single volume. The story was meant to be read as one. I also think all the extras are stunning. I had a great time annotating my original story pitch and explaining why I made the choices I did. I also love seeing issue one's script being printed for those who want to see how it's done. But I truly loved reading Claudio's art seminar. It's a fabulous 50-plus-page look into the approach of an artist.

Q: Superman's origin story has been told and retold so many times over the years. Why do you think so many writers are so eager to add their own take on such a well-known story?

A: I didn't think I was writing an origin story. I was writing about a specific time period in Superman's life that I felt hadn't been fully explored. What I did want to do was show Clark as a real person. He's always portrayed as sort of a God. But he's a young man like any other with the same questions and concerns all people his age have. He's trying to become a man, but as he does, he makes the same kind of mistakes we all have. By centering on this specific time frame, I could explore that part of Clark's life to a greater depth than it had been before.

Q: The CW's are set to air a 5-part "Crisis on Infinite Earths" crossover across their superhero TV shows next month. I believe you were involved in the writing process for that. Can you talk about that experience and what your thoughts are about this TV event?

A: I was asked by Exec Producer Marc Guggenheim if I'd like to work with him on one of the Crisis episodes. I jumped at the chance. Crisis has always been incredibly important to me and being able to work on this incredible event was thrilling beyond belief. I thank Marc so much for the offer. He was truly great to work with.

I knew up front the story could not be the same as what George Pérez and I did. We had access to every DC character and they of course, would primarily be using only the stars of their shows. So the question when I watch an adaptation is: does this show honor the original? That answer is yes, more than I ever thought was possible.

Does it inspire the same sense of awe the original had? And again, the answer is yes. Nobody had ever done such a massive team up in comics before Crisis. And nobody has ever done such an incredible crossover event on TV before this. Five shows, the casts of those shows a well as others, plus many other stars who had played DC heroes in previous shows. This was truly groundbreaking, just as our Crisis was so many years ago. But most importantly, you can feel their love for the original Crisis throughout the shows.

Q: Speaking of "Crisis on Infinite Earths", the comic book saga, knowing what you know now, would you push for the removal of the Multiverse again?

A: Yes I would. The idea behind Crisis was to bring new readers into the DC fold. We not only succeeded in doing just that, but George and I created a special event that is still being discussed, analyzed, copied and adapted 34 years later.

Q: Clark Kent is a major part of the "Man and Superman" story. Writer Brian Michael Bendis is about to embark on a story in which Superman reveals his secret identity to the world. Your reaction?

A: How can anyone comment on a story until they've read it? Brian is a great writer - his Daredevil stories for Marvel influenced me a lot - so I'm really anxious to see what he does. 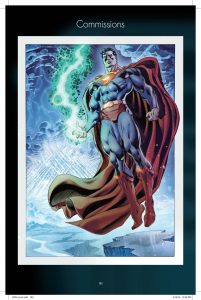 Q: You've been involved in the comic book industry for a long time. What are some of the biggest changes you've seen in your time? And would you encourage up-and-coming writers to work in the industry?

A: The biggest change is that creators can now benefit from the success of their creations. That gives us even more of a reason to work as hard as possible to make our characters and stories as powerful as we can make them.

As for encouraging up and coming writers to work in the industry, I always say don't strive to be a comic book writer. Strive to be a writer who, among other things, writes comics. Every time you write something in a new medium, you bring those skills to your comic writing. My favorite medium to write in is comics. But I love writing novels, videogames, animation, live action and so much more. If I wrote only one thing I think my writing would become stale. New input fosters creativity.


This interview is Copyright © 2019 by Steven Younis. It is not to be reproduced in part or as a whole without the express permission of the author.