The Superman Homepage would like to thank Brian for agreeing to do this interview, and for fitting it into his busy schedule. 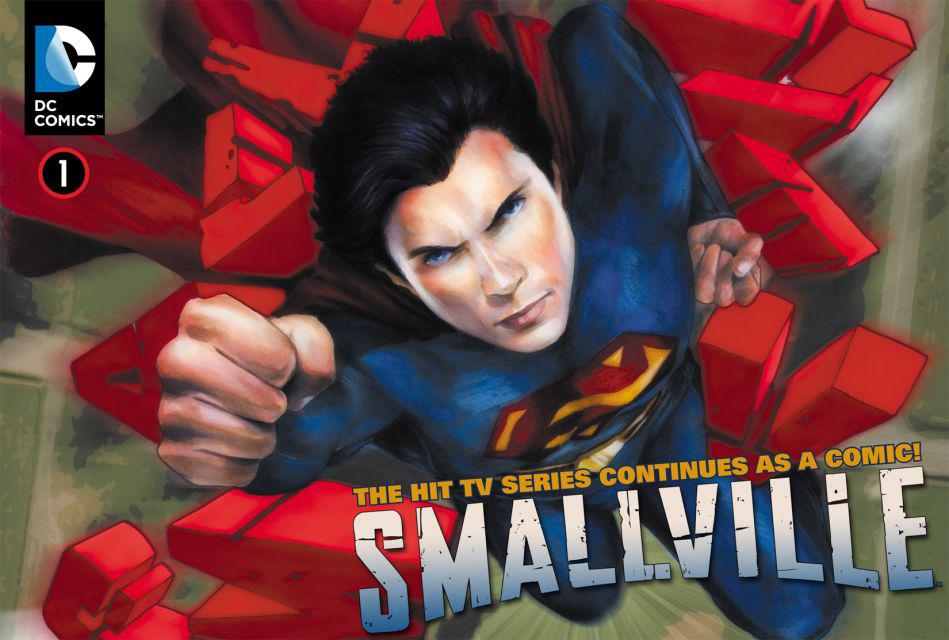 Q: How did you get your start as a writer and how did that lead to writing for "Smallville"?

Brian: Creative Writing minor in undergrad, then screenwriting in Grad school as a base. Lots of short stories as I was growing up. Went to grad school for feature writing, then became familiar with writing for television. Regarding making my way onto the show, I landed an internship while in grad school with Tollin/Robins productions (who produced "Smallville" & "Varisty Blues", among other things). I asked for placement on the show so I could see how a series worked first-hand. Did my time as an unpaid intern there for 2 seasons, then was asked to step up into an assistant role on the show. While working at the assistant desk, I applied and was accepted into the WB Writers' Workshop, which helped me to polish and primp and get ready to enter the workforce as a writer proper. There was an opening on the show for Season 8... and here we are!

Q: What are your principal, non-comic-book literary influences?

Brian: Anything with whimsy, for starters. Beyond that, "Hitchhiker's Guide" and "Cuckoo's Nest" were two books that had a major influence on how my creative brain works. 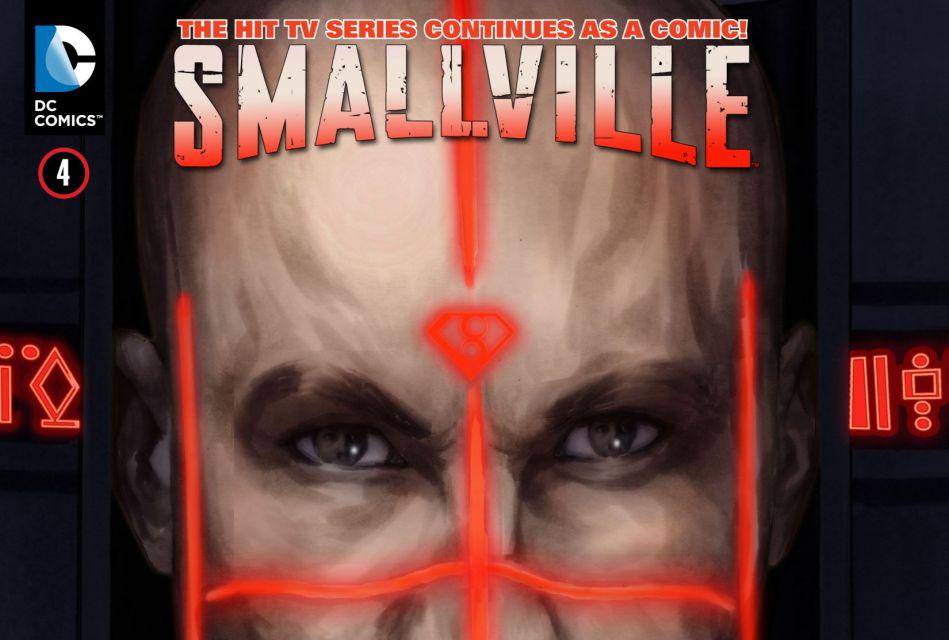 Q: If you weren't writing a Superman book, and having already written some Teen Titans and Batgirl, which other character or characters would you like to tackle? And why?

Q: How much collaboration goes on between you and the artists in terms of story, breakdowns, etc.?

Brian: There's naturally lots of design work and back and forth on art in general, but as far as story goes, I try to give the artist as thorough a blueprint for the page as possible. Very detailed scripts. It's the TV writer in me - when an episode is being produced, you always walk through every inch of the script with every department to make sure the vision for the script is maintained.

Q: How well do you feel the book has succeeded in terms of staying true to how the show was written? 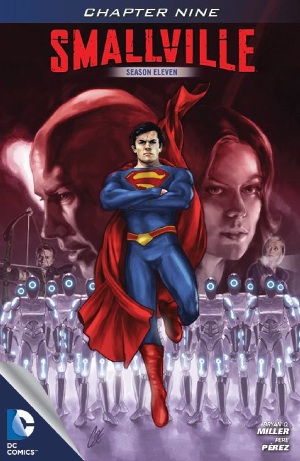 Brian: In spots, pretty true. In other spots, I can get a little lost in banter and chatter. Believe me, I ALWAYS have to cut a ton of off-point or irrelevant conversation before I turn in a script. So it's not as "me" as it COULD be. Process-wise, I absolutely still approach every story like we did on the show. I write the outline the same, and even write the scripts in the same way - then I rewrite them to fit comic format.

Q: We are, to be perfectly frank, a bit baffled by the Tess-Lex-consciousness storyline, in part because it has not (yet?) become much of a focus of the story overall. Have you done any particular research to inform this material?

Brian: Frankly, I'm not quite sure where I'd do research on fake-science, beyond drawing on rules and technologies previously presented in the show.

Q: The television show was deeply indebted specifically to the Donner Superman films. How indebted do you feel to previous incarnations of the character? Is there a particular stage in his history that you tend to gravitate to most?

Brian: I grew up on the Donner era, then the Animated Series. While staying as loyal as I can be to the progression to Clark from "Smallville", there will undoubtedly be nods to both [Richard] Donner and [Bruce] Timm in the comic. 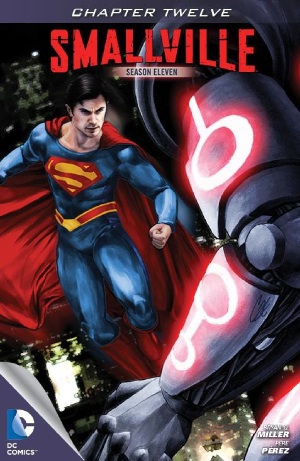 Q: We've complained a bit in our reviews that the text labels identifying various characters seem not to be wholly consistent in their application, seeming to focus especially on Chloe and Oliver. How are the decisions made to include or not to include these labels in any given scene?

Brian: The challenge is the week-to-week vs. the monthly. We don't get to do 2 separate lettering passes for each format. Seeing as how not only every month, but every WEEK could be someone's first read, it's hard to not label as much as possible.

Q: Though we expect you can't answer this, we're going to ask it anyway: Is Season 12 on the eventual horizon?

Brian: I'm so steeped in the vast expanse of Season 11 that I can't even think about the horizon right now. We've got miles to go before we sleep.

Q: How would you sum up your vision of what "Smallville: Season 11" is all about, from a thematic perspective?

Brian: Growing up and finding a way to face the world with a smile on your face and a cape on your back. Realizing that, even though the weight of the world is on your shoulders, you're never as alone as you think. 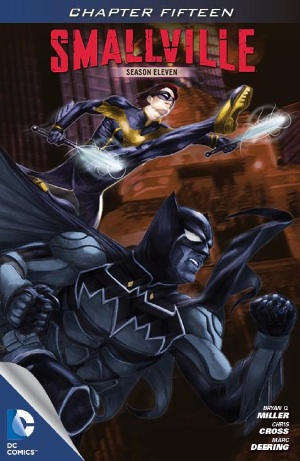 Q: How important is the Lois and Clark relationship to the direction your stories are going to take?

Brian: Vital. Their relationship (as it became in the latter seasons of the series) is the heart and soul of the book.

Q: We all know the television show ended on a kind of coda that vaulted us ahead seven years, where we see Lois and Clark on the day that they will presumably actually get married. In that context, what was the thinking behind opening "Detective" with Lois and Clark in the Fortress, having just separated them at the end of "Guardian," which seemed geared to establish why it would have taken those additional seven years for them finally to come together?

Brian: My concern isn't the 7 year delay - it's the immediate season. Having them find a way to be together in the wake of Lex's subterfuge casts an interesting light on how Clark and Lana (when faced with similar villainy) handled their version of that dilemma. Says a lot about the nature of their relationship, as well as Clark and Lois' current relationship. If you really believe in something, you find a way to make it work. That's what Clark and Lois are doing here. 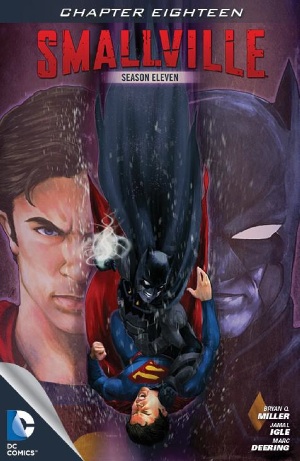 Q: The fight between Batman and Superman. Any plans to resolve this beyond the standard "fight then team up" trope - as in, at least to explain what was going on in Batman's head that he thought attacking Superman was necessary?

Brian: Not sure that it really needs further resolution. He intended to interrogate Bruno, but had two back-up plans in the event that Supes showed up. 1 - red sun projector (which he's been carrying around since Superman went public). 2 - Nightwing in the wings to grab Bruno in the event that Batman had to keep Superman busy. If Superman shows, Batman will keep him busy while Nightwing makes a play for Bruno. He knew he could never take him. As he says in the book, it's all about misdirection, about keeping Superman busy. Batman, in the end, however, underestimated both the Man of Steel's powers and, furthermore, his willingness to help.