DC Comics has released their June 2019 solicitations, and we've highlighted for you all the Superman-related comics and products listed.

The groundbreaking and always-inventive team of writer Brian Michael Bendis and artist Alex Maleev (JinxworldŐs SCARLET, MarvelŐs Daredevil) reunite on a mystery thriller that stretches across the DC Universe and touches every character from Batman to Superman to the Question to Talia al Ghul. With startling ease, a newly dangerous and aggressive Leviathan wipes out all its competition and now turns its sights to molding the world into its vision of order. Can the new threatŐs growth be stopped...and whoŐs guiding its new agents of chaos?

From the burning world of Krypton to the bucolic fields of Kansas, the first chapter of SUPERMAN YEAR ONE tracks Clark KentŐs youth in Kansas, as he comes to terms with his strange powers and struggles to find his place in our world. DC BLACK LABEL is proud to present the definitive origin of Superman as rendered by the legendary comics creators Frank Miller and John Romita Jr.!

Can Superman keep Smallville from going to the dogs?

Acts of awesomeness are happening around town. People are being rescued, runaway tractors stopped, and fires extinguished. This is all in a dayŐs work for the hero known only as ŇSuperman.Ó But who is he, really?

Thirteen-year-old Clark Kent knows. He has a super secretŃone his parents are constantly worried will get out. Clark promises to be extra careful, but when random objects begin to take flight and disappear, his parents threaten to ground him. Except heŐs innocent! If Superman isnŐt responsibleÉwho is? Join Clark in this hilarious adventure as he sniffs out the real culprit.

Artist Szymon Kudranski joins superstar writer Brian Michael Bendis as the attacks of Leviathan threaten targets across the globe, and the agents of the invisible mafia continue to infect Metropolis in this tie-in to EVENT LEVIATHAN!

Superboy and Robin have been chased through the galaxy by Rex Luthor and his band of murdering minorsÉand at last the final battle has begun! Using the Dimensional Cube and a brand-new, shiny army of prison planet escapees, Rex has opened the portal to Earth to start his invasion! But Jon and Damian have an army of their own, and when youŐre backed by a cybernetic cowboy, an intergalactic ride-share program and several hundred Ňplaneteers,Ó how could you not put up an epic fight?!

Millions are dying every minute. Heroes and villains alike are falling. Can the Justice League unite to find a way to stop the spread of death? Can they save humanity from extinction? Can they even save themselves? The key to survival may hinge on the last moments of one of the WorldŐs Finest HeroesÉ

With the Dial finally secured, and on the run from those who want to control the powerful device that can give anyone the powers of a random superhero, Miguel and Summer head to the old Justice League Detroit headquarters with the hope of finding some help in contacting Superman.

The ŇSixth DimensionÓ storyline wraps up in this oversize issue as Superman faces down the World Forger to save the Justice League! Can Superman withstand the might of a being that can create worlds from nothing?! Plus, with the Justice League away, Mr. MxyzptlkŐs been wreaking havoc! Can anyone on Earth stand up to the fifth-dimensional menace?

After being off-planet for so long, the Justice League must try to pick up the pieces of their livesŃbut Lex Luthor has other plans. If he has his way, heŐll show all of humanity that the Justice League will never be there in the worldŐs time of need!

The House of El is united in this SUPERMAN/SUPERGIRL crossover! The Superman Family must unite to banish Rogol Zaar once and for all! But little do Supergirl, Superman, Superboy and Jor-El know, Rogol Zaar has brought some friends of his ownÉfrom the Phantom Zone! Supergirl not only has to make sure that Rogol Zaar doesnŐt unite with his ax at all costs, but also has to deal with how the 10-year-old Superboy is now her age! This is the start of an intergalactic war you donŐt want to miss!

The House of El is united in this SUPERMAN/SUPERGIRL crossover! ItŐs the House of El against everyone as Superman, Jor-El, Supergirl and Superboy face intergalactic attacks from Rogol Zaar, General Zod and an armada of alien warriors and assassins. With the truth behind KryptonŐs destruction set to be revealed, a galactic conspiracy threatens to silence Supergirl and Jor-El if Superman canŐt live up to his name.

Lobo brought Crush into this worldÉand now heŐs gonna take her out! But the timing couldnŐt be worse for the Teen Titans, with DamianŐs secret prison exposed to the rest of the team, not to mention DeathstrokeŐs death looming over themŃcan the team put their drama aside to help Crush battle her deadbeat dad? Or will Lobo be the final nail in the coffin for the newest Teen Titans?

The much-talked-about and always-topical take on the Wonder Twins continues from irreverent and witty writer Mark Russell and artist Stephen Byrne, who captures both the humor and the heart of the siblings, exiled to Earth and interning for the Justice League. A battle royal between minor-league heroes and villains ends in tragedy and a horrifying revelation, teaching the world the true price of not taking people seriously. Always-hopeful Zan and cynical Jayna confront how circumstance (more than intent) often determines whoŐs labeled a hero or villain.

The secrets of Gemworld begin to unlock themselves for the newly reformed members of Young JusticeŃTim Drake, Conner Kent, Jinny Hex, Wonder Girl, Impulse and the new Teen LanternŃbut is it too late for the teen heroes to help Amethyst bring some order to her chaotic realm? Fan-favorite artist Elena Casagrande also joins the team as she delivers a look at Jinny HexŐs origins and how she came to be in Metropolis on the day the new Young Justice formed.

One of the most highly anticipated sequels of all time is collected in a new Absolute edition! In a world gone awry, left in the aftermath of the toppling of Lex Luthor and the apparent death of Batman himself, who will save Gotham City and the rest of the planet from the mysterious Master Race? This Absolute edition includes the entire nine-issue series with each issueŐs minicomic presented at the same size.

Includes DARK KNIGHT III: THE MASTER RACE #1-9, including the insert comics reproduced at the same size as the main comics, plus THE DARK KNIGHT RETURNS: THE LAST CRUSADE #1.

In Gotham City, copycat Batgirls protect the homefront. In Greece, Wonder Woman faces a battalion of the undead. In London, Stargirl and Supergirl learn a dangerous family secret. And in Berlin, Zatanna attempts to thwart the evil magic thatŐs been released into the world. The paths of these super-heroines and more will converge as they face their greatest challenge yet. Collects DC COMICS: BOMBSHELLS #7-12!

Since the Justice League of America first met their Earth-2 counterparts, the Justice Society of America, the concept of a world-shaking ŇCrisisÓ has been a defining part of DC history. Now, for the first time, DC packs one incredible box set with every Crisis tale leading up to and including the industry defining CRISIS ON INFINITE EARTHS! This box set combines six previously existing CRISIS collected editions, printed for the first time in hardcover, with eight new CRISIS hardcover collections that spotlight the most important heroes of the 1980s CRISIS ON INFINITE EARTHS!

Join the Justice League, the Justice Society, the All-Star Squadron, Infinity Inc., Superman, Green Lantern and countless other heroes as they give their all to save the DC Universe!

This collectible slipcased box set features the complete FLASHPOINT epic, from the legendary miniseries by writer Geoff Johns (DOOMSDAY CLOCK) and artist Andy Kubert (THE DARK KNIGHT III: THE MASTER RACE) to the entire run of titles by comicsŐ greatest talents exploring the world of FLASHPOINT through the lives of Batman, Wonder Woman, Aquaman and more.

When Barry Allen wakes at his desk, he discovers the world has changed! Deceased family members are alive, loved ones are strangers and close friends are different, gone or worse. ItŐs a world on the brink of a cataclysmic war between the Atlanteans and AmazonsŃbut where are the WorldŐs Greatest Heroes? ItŐs a place where AmericaŐs last hope is Cyborg, who hopes to gather the forces of the Outsider, the Secret Seven, S!H!A!Z!A!M!, Citizen Cold and other new and familiar-yet-altered faces! ItŐs a world running out of time. If the Flash canŐt find out who altered the timeline, the DC Universe is doomed!

Condemned to a prison planet by the Guardians of Oa, Hal Jordan must come to grips with his role in SupermanŐs failed Regime. Haunted by visions of the past and berated by his guard, Soranik, the former Green Lantern takes out his anger on a new arrival. But an attack on the prison might soon spell disaster for the Green Lantern Corps. Collects issues #25-30!

The Red Lanterns, backed by the power of Starro, wage an all-out assault on Oa and the source of the Green LanternsŐ power. But help is on the way in the form of the Titans, Blue Beetle and Booster Gold. Following close behind is Lobo, armed with a weapon that may do more harm than good. Collects issues #31-36 and ANNUAL #2!

ItŐs a mystery in space: Why would the Guardians of the Universe hide top-secret intel deep in the bowels of a secret vault on Thanagar Prime? The answers will change the DC Universe forever! Martian Manhunter, John Stewart and Hawkgirl avoided ŇDrowned EarthÓ with a detour to Thanagar-Prime: JŐonn looks to tap into the ancient Martian mental database, Green Lantern struggles while practicing his new UV powers, and Kendra searches for answers about her connection to the Totality. Collects JUSTICE LEAGUE #13-18 and ANNUAL #1. 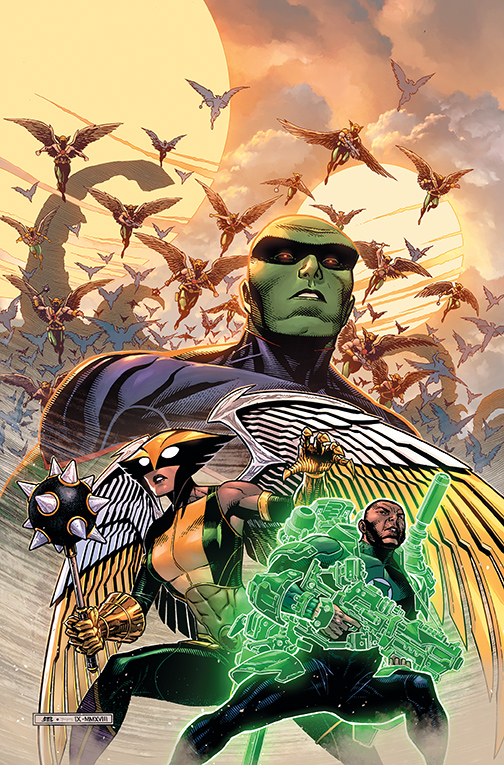 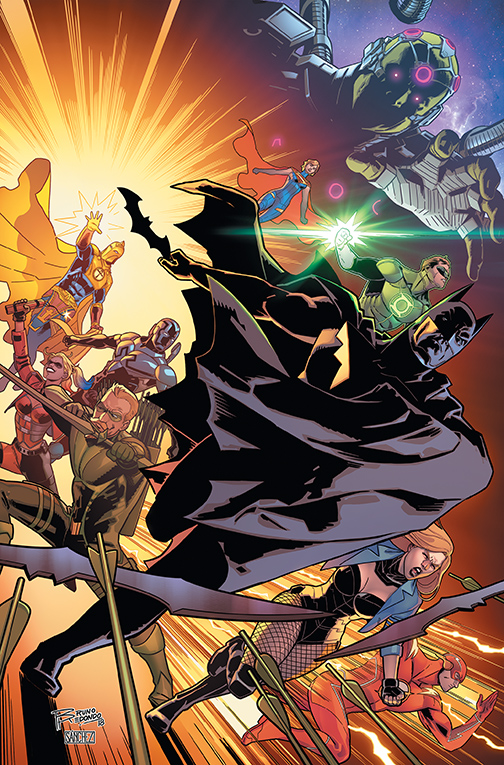 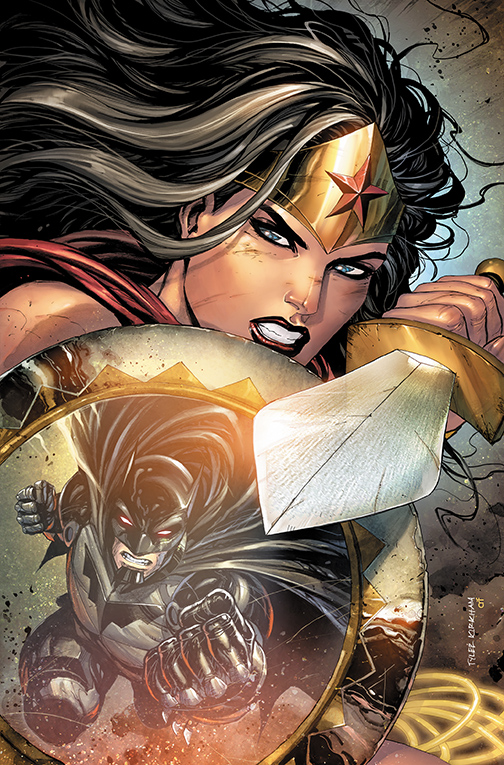 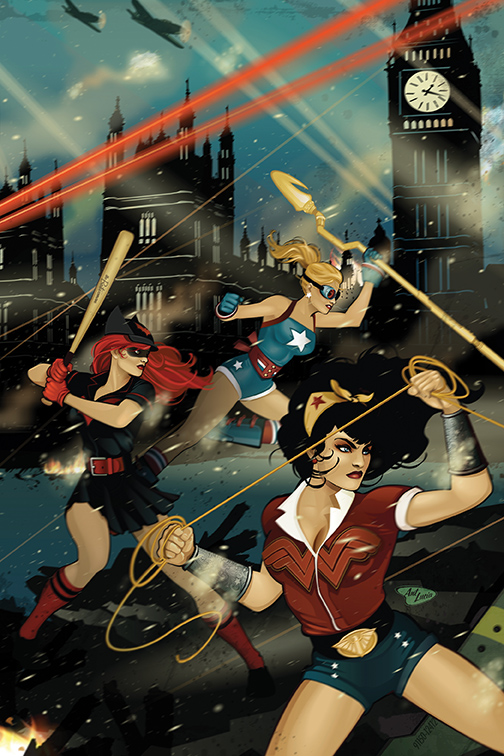 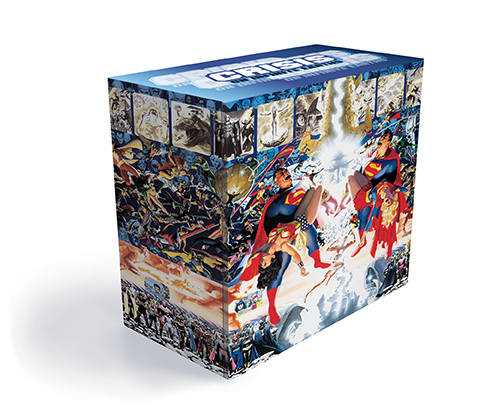 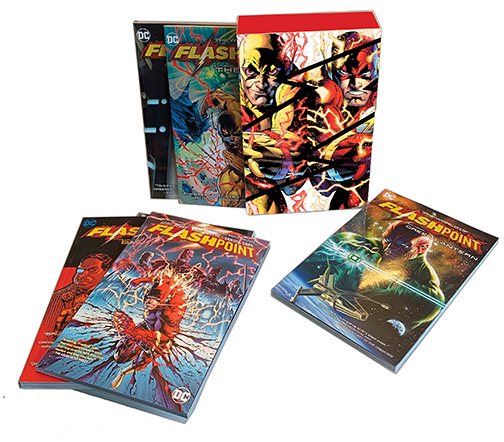 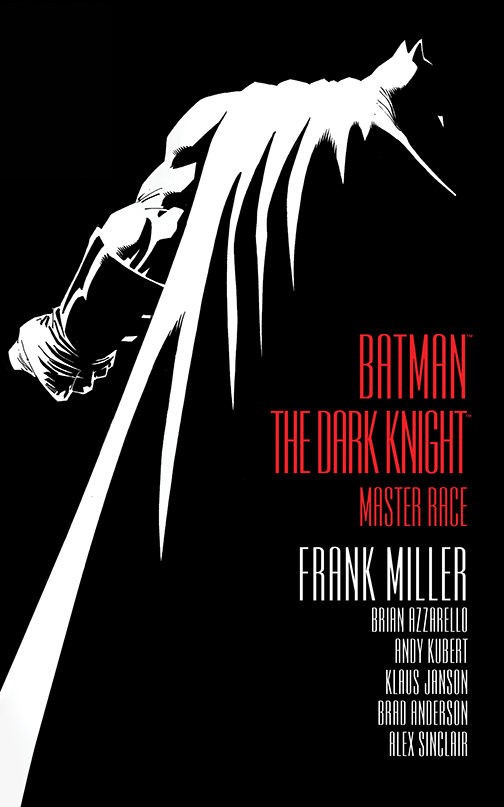 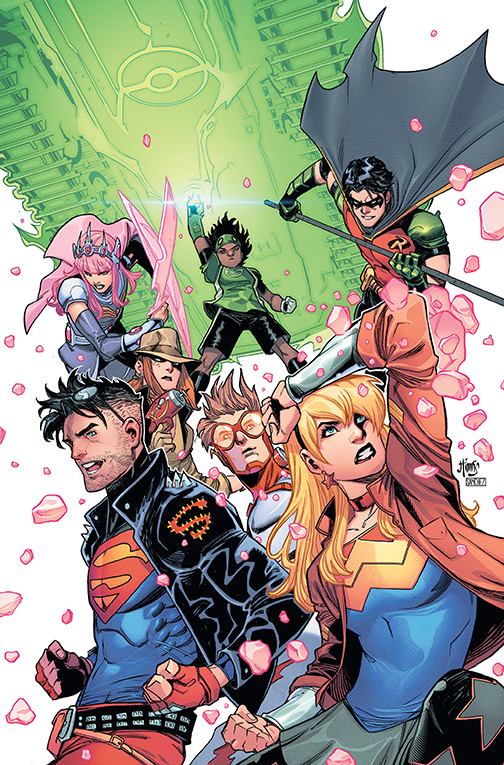 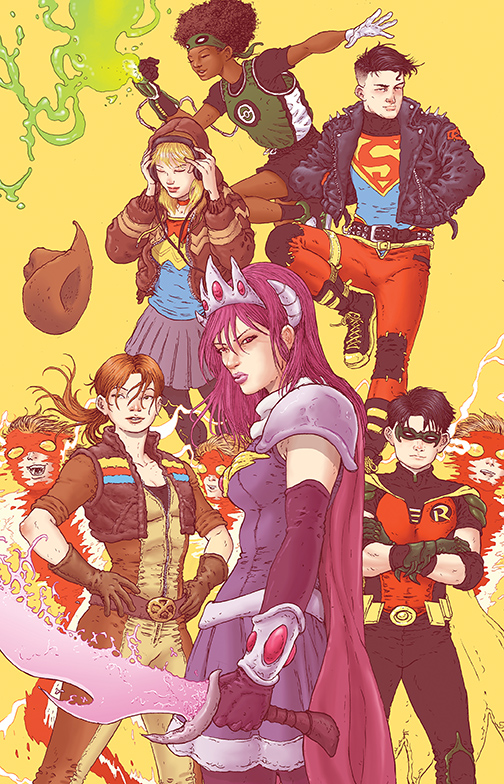 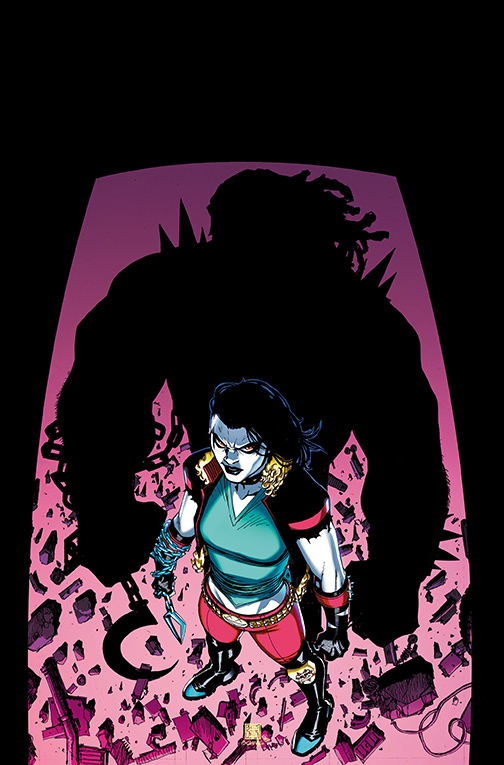 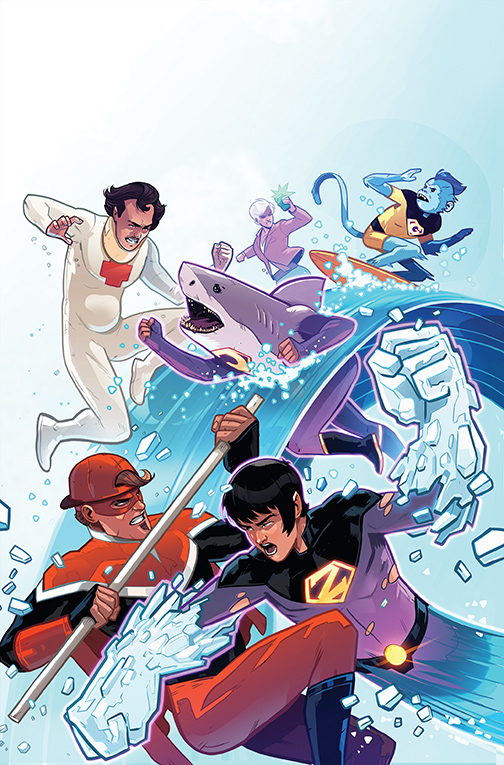 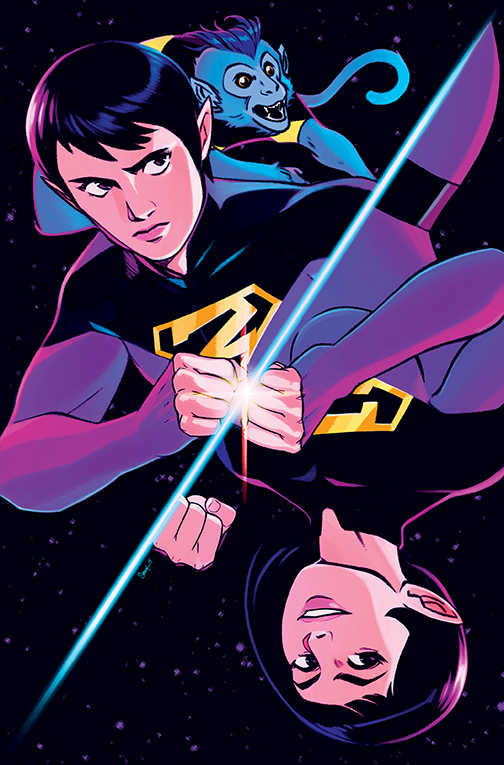 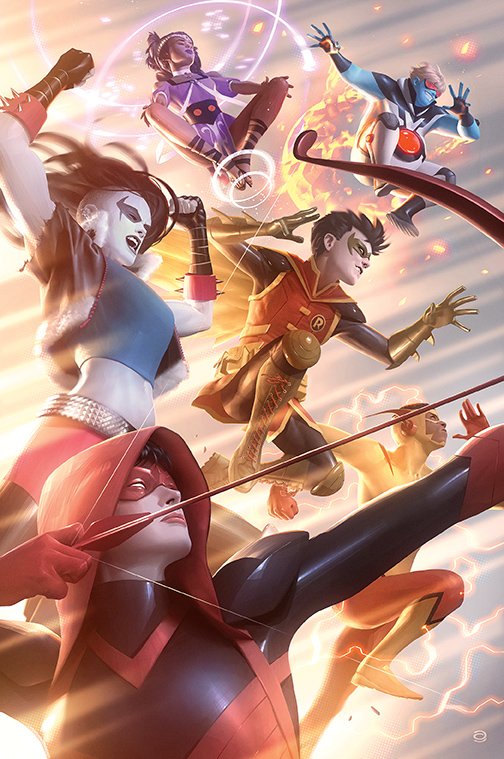 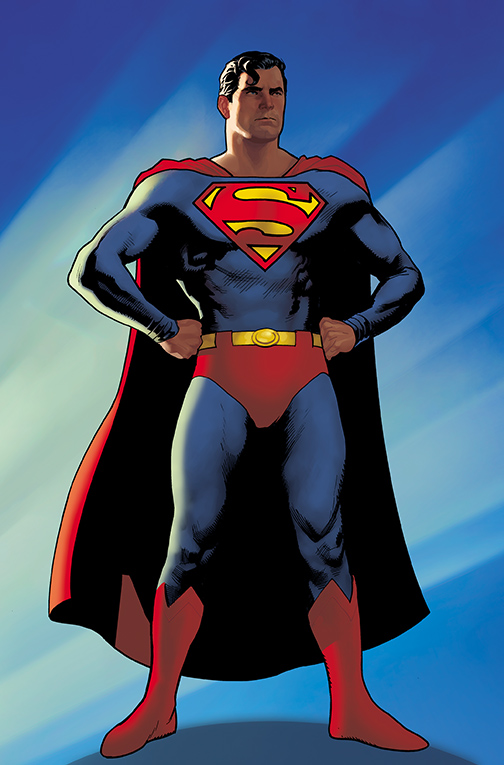 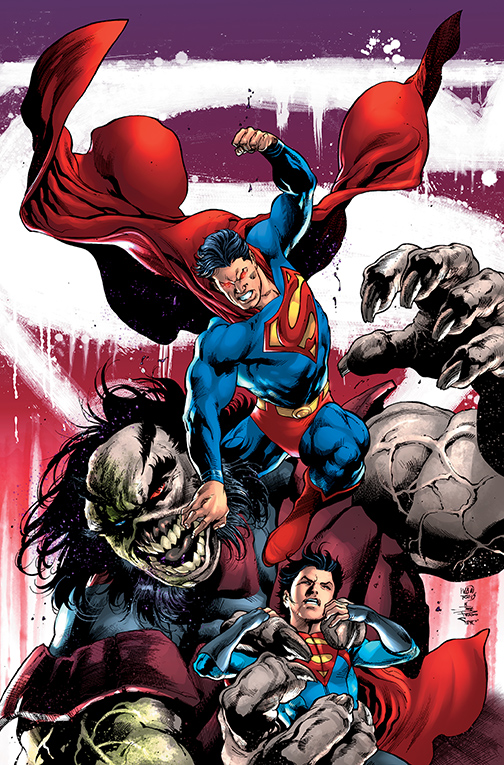 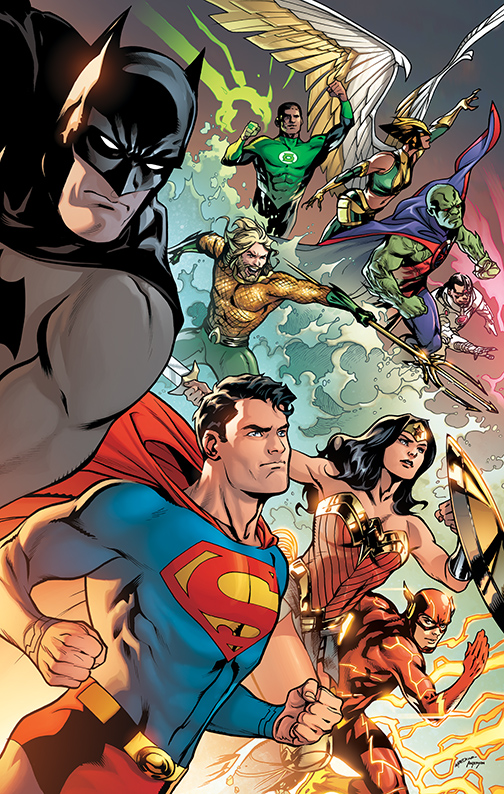 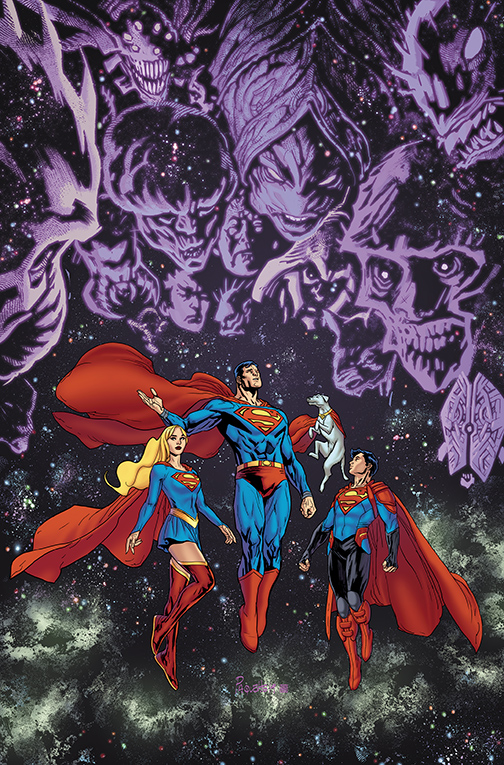 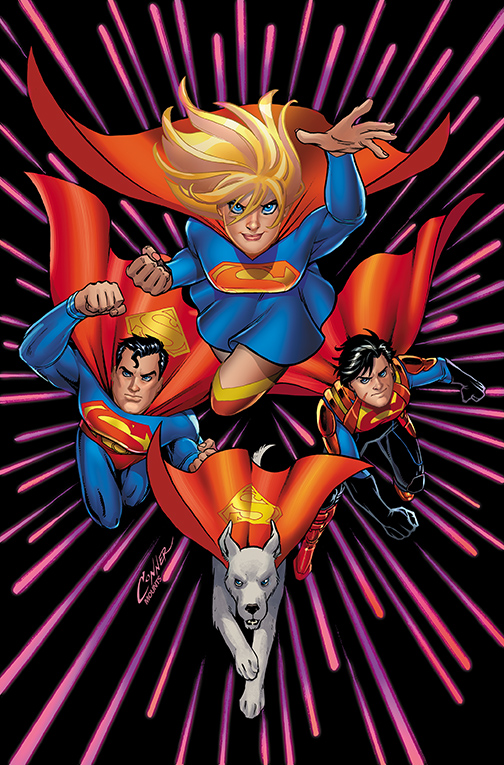 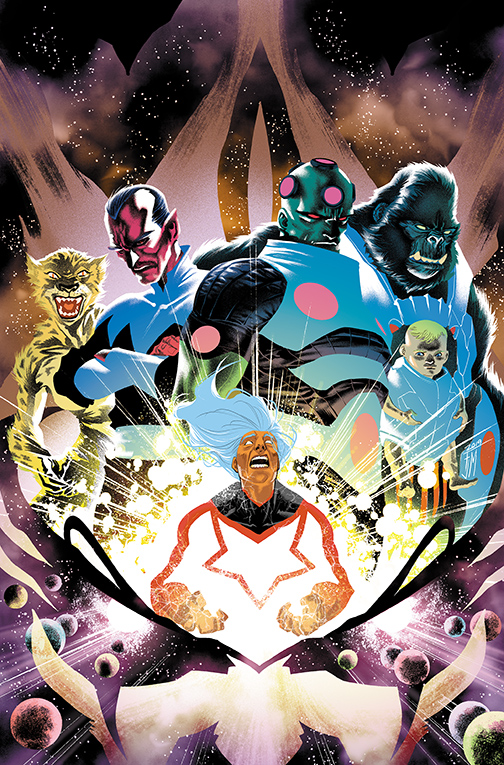 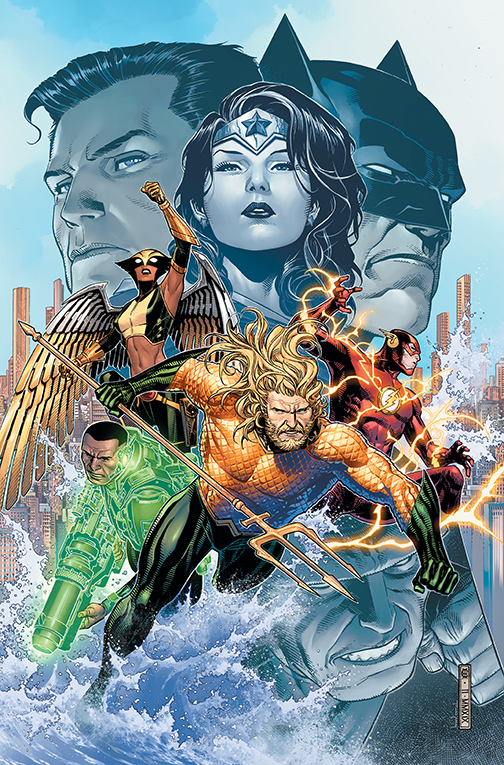 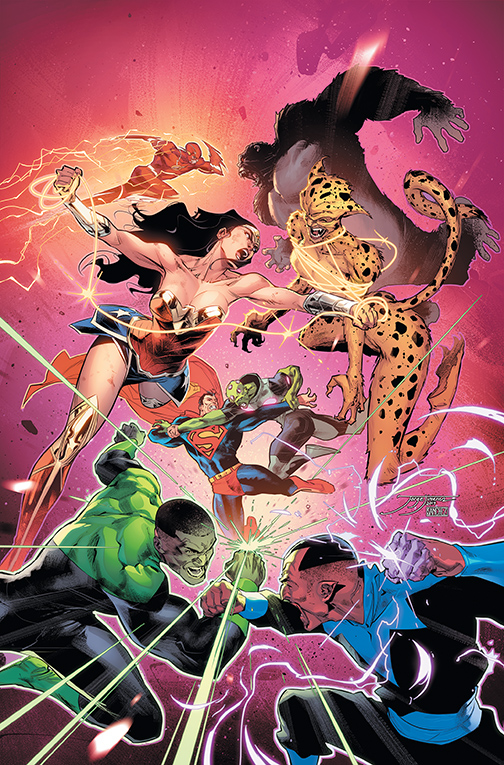 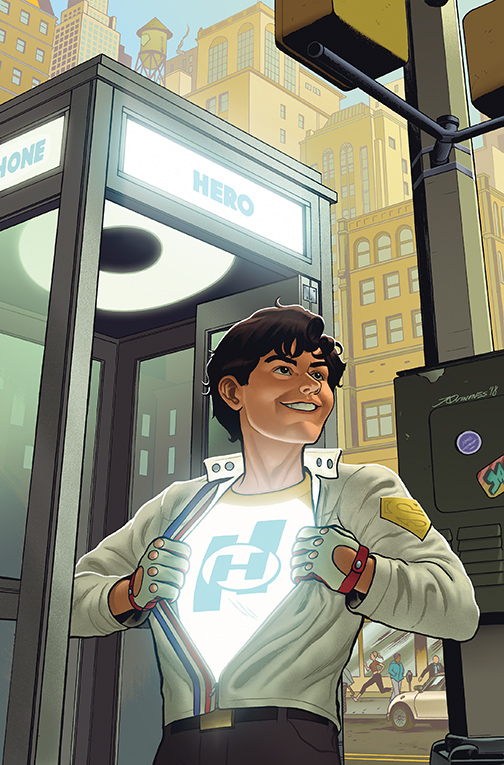 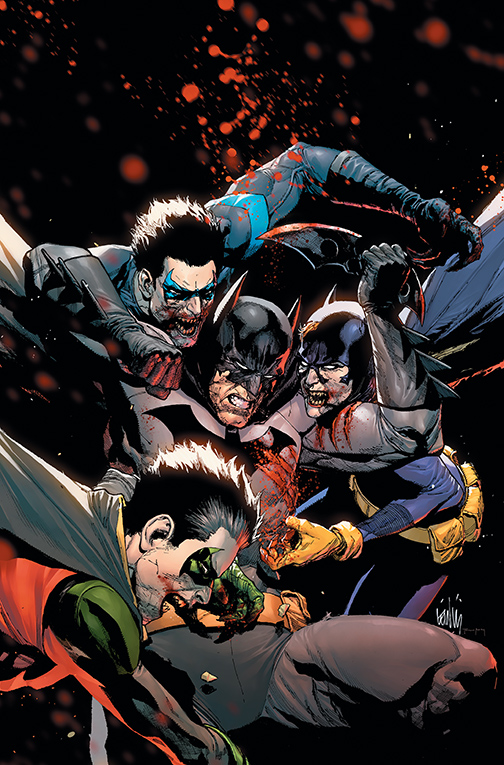 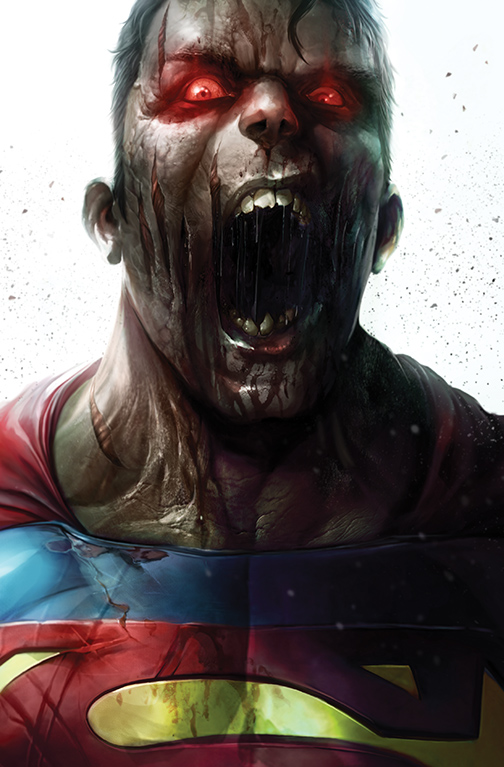 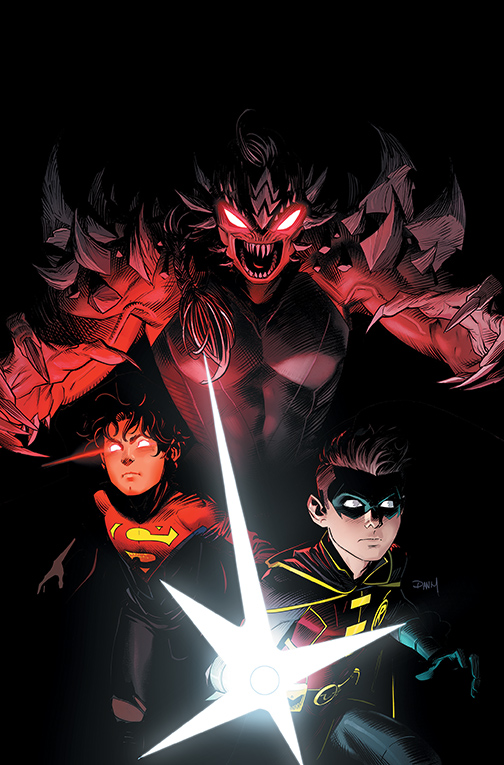 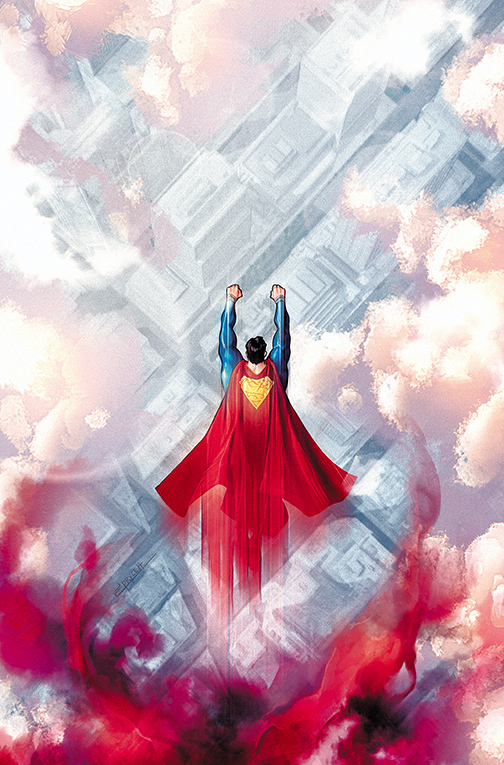 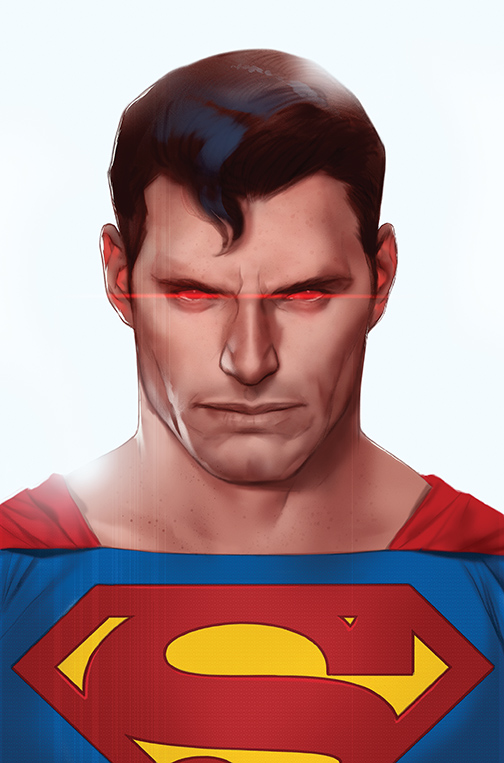 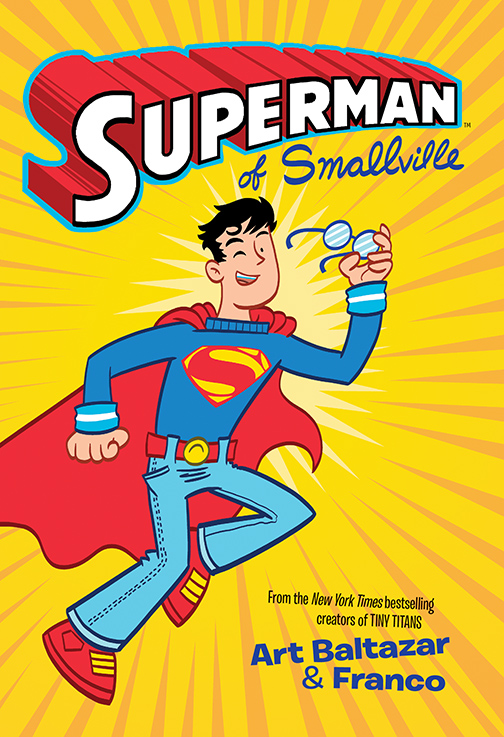