The Many Styles and Faces of Lois Lane

Like any other comic book character, Lois Lane has been invented, re-invented, killed, resurrected, a superhero, a mortal, and will continue to be all of these things for time untold. She has existed since the very first issue of Action Comics released in 1938, so you can't blame a girl for trying new things over a span of 70 years!

Lois' evolution as a character is an interesting one. As a written personality, she changed just as American ideals, expectations, and gender roles changed throughout the 20th century and into today. Lois Lane reflects the history of women's rights and the continued fight for equality in the workplace and in "traditional" relationship/marital roles. Of course, her changes also have a benign side, and it is simply fun to see how Superman writers and directors have interpreted her over and over and over again in almost every form of media imaginable.

Superman might be the shining star, but standing right beside him is Lois Lane, a super woman in her own right.

Lois was introduced in the very first issue of Action Comics, right alongside Superman and Clark Kent, forever solidifying the ubiquitous love triangle theme in Superman comics. From the start, Lois was shown as being a hard-nosed journalist, even though she was not respected as much as the men, including Clark Kent. She became competitive with Clark as a journalist, and disliked that he was given preferential treatment as a reporter.

In that first Action Comics issue, Lois is shown in two different kinds of dress, a gown and working clothes. Her gown is not only a little ahead of its time in style, featuring a bare back, but also illuminates an interesting point on Lois' dynamic character. She is not stuck just in fine clothing, nor is she only ever just depicted in work clothing. Rather, Lois is able to take on these different roles, elevating her out of one-dimensionality, despite her constant damsel-in-distress syndrome. In the beginning, at least, Lois was poised to give an interesting and realistic - if not human - counterpoint to the wondrous adventures of Superman. 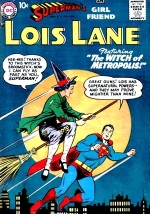 The silver age was less kind to Lois Lane as a dimensional character than perhaps the golden age. During the silver age, Lois was a competent working woman, though the storylines often found one way or another for her to fall into trouble while out trying to get a journalistic scoop. One could say that Lois was constantly put in a situation that undermined her ambitions, because whenever she tried to excel, she ended up needing salvation from Superman. This eventually reduced into Superman's Girl Friend, Lois Lane (1958-1974), a strange and long-running series that took Lois to new heights, but more so, new lows.

It's almost hard to take the sexism of these comics seriously simply because the stories are just so absurd. Lois was sort of given her own world to exist in, with very little Superman involved. But without a prevalent Superman, Lois then had to be the star of her own interesting stories, but with specific demographic considerations. The comic culture was shifting towards action, this being the cowboy era after all, so DC didn't just let Lois Lane drop off, but rather reinvented her over and over again in tales of magical realism and high fantasy.

Just like in the 40s, Lois Lane kept in style with the women of the 50s and 60s, that is, when she was wearing normal clothes and not a leopard skin or a Native American outfit. In the cover below from 1963, the look is reminiscent of June Cleaver from the popular Leave it to Beaver television show. Lois, of course, changed quite a bit during this series as it spanned nearly two decades.

Starting in the 1980s, Lois began to take on that early golden age attitude of independence, with career-driven action. Gone were the damsel-in-distress days, as Lois was often able to get herself out of danger or avoid it altogether with quick wit, bravery, and excellent problem-solving skills. After that ancillary diversion in the 70s, she got back into that prominent role as Superman's lover and these are where the storylines began to be more adult, emphasizing the difficulties and realities of their relationship. 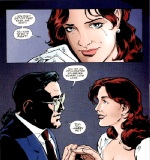 A major turning point in Lois and Clark Kent's relationship came from the comic/Lois & Clark TV show crossover in which the two finally get married. The comic entitled Superman: The Wedding Album is a special issue first released in 1996 that chronicles how Lois and Superman finally get together and wed. This happens right after a story event called "The Final Night," in which Superman loses his powers and is forced to live more plainly as Clark Kent. This loss of powers is not the focus of Superman: The Wedding Album, however, but rather a plot point in the stories revolving around the eventual honeymoon, in which Lois must come to Superman's rescue (how the tables have turned!). This was a major event in Superman and Lois Lane's history and was touted as such. The timing of the comic's release couldn't have been better as the moment was also being heavily publicized in the media in regards to the same occasion happening on Lois & Clark: The New Adventures of Superman.

Style has changed since the 80s (thank goodness) and so has Lois. Above, Lois is in her professional, pink dress, fashionable at the time that the Man of Steel comic book miniseries was released, which could also be the first true incarnation of the 'new' Lois, as well. The other image above also shows her in a contemporary, khaki outfit perfectly suitable for a journalist on assignment.

When DC re-launched their entire universe yet again, Action Comics started over along with everything else, bringing the long running series back to issue number one. With the origin story re-written, Lois and Clark were also re-written and their relationship rolled back to square one, reflecting the 1938 rejection for a new generation.

The Adventures of Superman was a long-running radio serial that ran from 1940 to 1951. This was perhaps the widest audience the Superman characters had reached at that time, despite the comic book and newspaper strip that preceded it. The radio show was immensely popular and stayed on air through many turbulent moments in American history, often reflecting those contemporary issues through the different villains and problems Superman faced each week.

Lois was voiced by three different voice actresses, first starting with Rolly Bester, who did not voice the character long, and was soon replaced with Helen Choate. Perhaps the most memorable of the women to voice Lois Lane during this period was Joan Alexander, who would later go on to voice Lois in the Fleischer cartoons.

The Fleischer Superman cartoons included Lois as a main character next to Superman, and often drove the plot of the shorts with her investigations and subsequent need of Superman's assistance. She was voiced and modeled by Joan Alexander.

The next animated Lois incarnation came in the 1966 show The New Adventures of Superman produced by Filmation. She was voiced by both Joan Alexander and Julie Bennett.

Lois also appeared on various episodes of Super Friends, which ran from 1973 to 1986. With this long running series also running through the varying ebb and flow of fashion, Lois had many different styles that evolved along with the times. 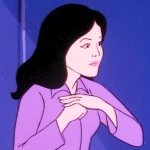 After Super Friends, Lois appeared in the 1988 Ruby Spears cartoon called Superman. This well-animated show had an unfortunately short run of only one season, but featured Lois as a main character. She was voiced by Ginny McSwain. Ginny went on to be a very successful voice director working in Hollywood.

Lois was animated many times throughout the years, but perhaps her next most salient animated counterpart came on Superman: The Animated Series. The Bruce Timm style made Lois into an angular, sloping character with a sly disposition. She was voiced by Dana Delany. The DC Animated Universe was really just getting started at that point, and continues to be popular with new shows spanning all the popular characters. In Justice League and Justice League Unlimited, Lois made various appearances as the Daily Planet star reporter. As always, her look stayed contemporary and confident while keeping with the unique style of the animated DC universe.

Lois Lane made her live-action debut along with Superman in the 1948 serial titled simply as Superman, which was a 15 chapter series. Noel Neill was cast in the role of Lois Lane, "the girl reporter," and would go on to play Lois Lane in the next Superman serial from 1950 Atom Man vs. Superman.
Adventures of Superman ran on television from 1955-1958 and introduced a whole new audience to Superman via this new and accessible medium. The TV show had action-packed episodes with special effects that were considered advanced for their time. Lois Lane was initially played by Phyllis Coates and then Noel Neill (reprising her role from the Kirk Alyn serials) after the first season. 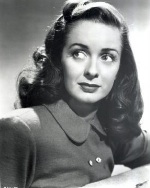 Superman: The Movie was released in 1978 and successfully reinvented Superman for a whole new audience. The big budget film, directed by Richard Donner, went on to be massively successful and once again reintroduced Lois Lane, this time played by actress Margot Kidder, who would play the role in three subsequent sequels.

Lois & Clark: The New Adventures of Superman was unique in that it featured Lois as a main character, not taking a secondary role to Superman, but perhaps even sharing the spotlight with Clark Kent. Obvious from the title, the show focused on the relationship between Lois and Clark in a contemporary setting, which eventually culminated in their marriage. The marriage even spurred the comics to tie-in with the event, where their comic book doppelgangers got hitched, too. Lois was famously played by Teri Hatcher, who went on to many other successful roles in television. 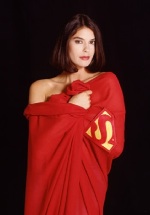 Smallville ran for a whopping ten seasons, making it the most consistent television version of Superman to date. This series initially focused on a young Clark Kent as in a high school setting with the town of Smallville as the rural backdrop. Lana Lang was the initial love interest for Clark, and during season four, Lois Lane finally made her appearance in Smallville. The series concluded in 2011. Lois was played by Erica Durance.

Superman Returns was released in 2006 with director Bryan Singer taking his turn at the helm, attempting to reboot the Superman film franchise. Critical reception was mixed, with most criticism reserved for actors Brandon Routh as Superman/Clark Kent and Kate Bosworth as Lois Lane. The two were said to have been a bit stiff and frigid to bring enough interest and pathos into the characters. Either way, Kate Bosworth got her shot as Lois Lane and thus joined the small group of actresses to take on the role. 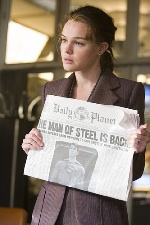 At the time of this writing, Man of Steel is in production, with Amy Adams playing Lois Lane. She is an accomplished and likable actress, and could very well bring a new attitude and new take on the character. Man of Steel is scheduled to release in 2013.

Lois Lane has endured as a character since 1938 all the way to the present day. That can only be seen as a testament to her character, and the role she plays in the Superman legacy. Very few characters are able to survive so many decades of reinvention, yet Lois Lane continues to connect with audiences and readers. If we can say anything about Lois, based on her history, she will continue to speak to new generations to come. As long as there is Superman, there will be Lois Lane.

This article was written by Chris Harder, who works for a T-shirts company that sells a wide variety of comic book and superhero T-shirts.