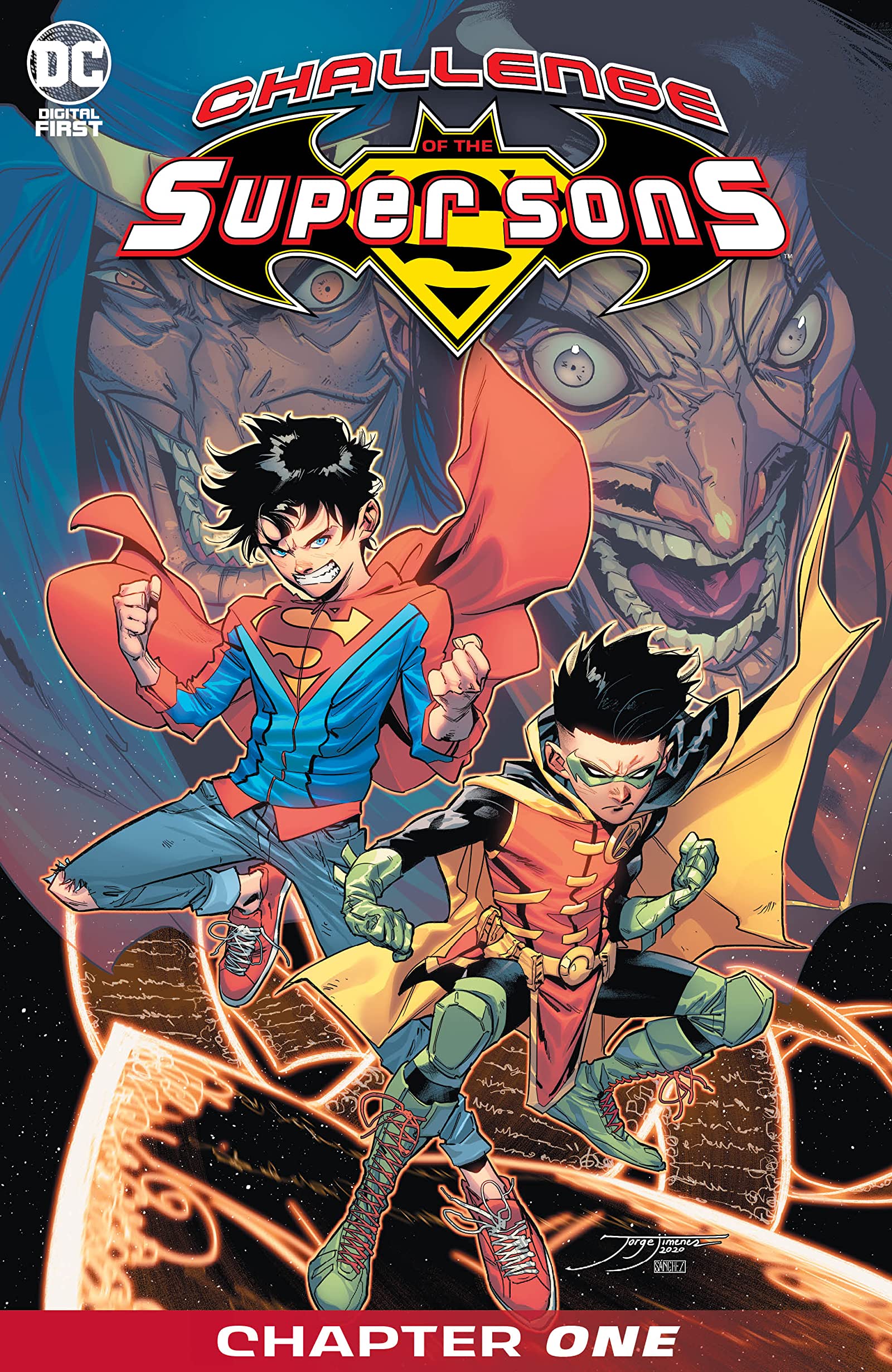 Challenge of the Super Sons #1 (of 14)
Cover date: December 14, 2020
"Death by Doom Scroll" - Chapter 1
Writer: Peter J. Tomasi
Penciller: Max Raynor
Inker: Max Raynor
This picks up after the most recent maxi-series "Adventures of the Super Sons". Damian and Jonathan are working in the school library. Jonathan is writing an expose on a school cheating ring that he is hoping to end. While he is writing, Damian reveals he already solved the case and sent the evidence to the Headmaster. The two argue and leave to patrol Metropolis. On patrol they help a lady with her groceries and that is it. Damian begins complaining about how bored he is. While they are, again arguing, a mysterious cloaked woman approaches them and quickly releases a large energy burst. 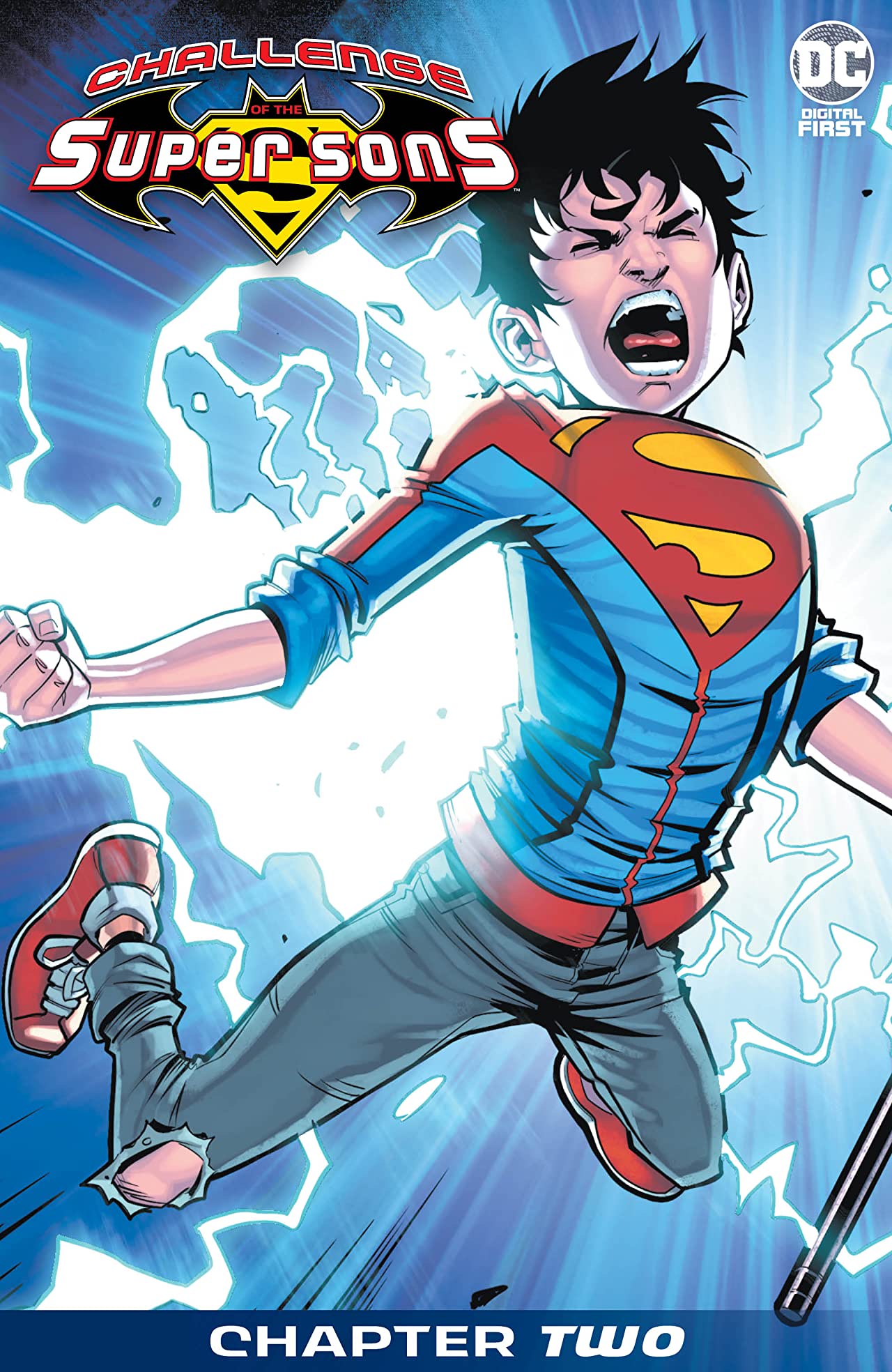 Challenge of the Super Sons #2 (of 14)
Cover date: December 21, 2020
"Death by Doom Scroll" - Chapter 2
Writer: Peter J. Tomasi
Penciller: Max Raynor
Inker: Max Raynor
The lady that Damian and Jon saw at the end of the first chapter is shown again, a portal opens up beside her and our two heroes emerge in black hooded cloaks. They greet the lady, named Rora, and Damian opens up a scroll called the Doom Scroll. They reveal that if a name is written on it, that person has an hour until they die. The Flash's symbol appears on the scroll prompting the boys to head out to rescue him. In order to get to The Flash in time they commandeer a super space ship that STAR Labs has built to help Superman to conduct research on the sun. They arrive in Central City just in time for Jon to intercept a lightning bolt that was going to kill The Flash. They then look at the scroll and see Wonder Woman's logo appear. 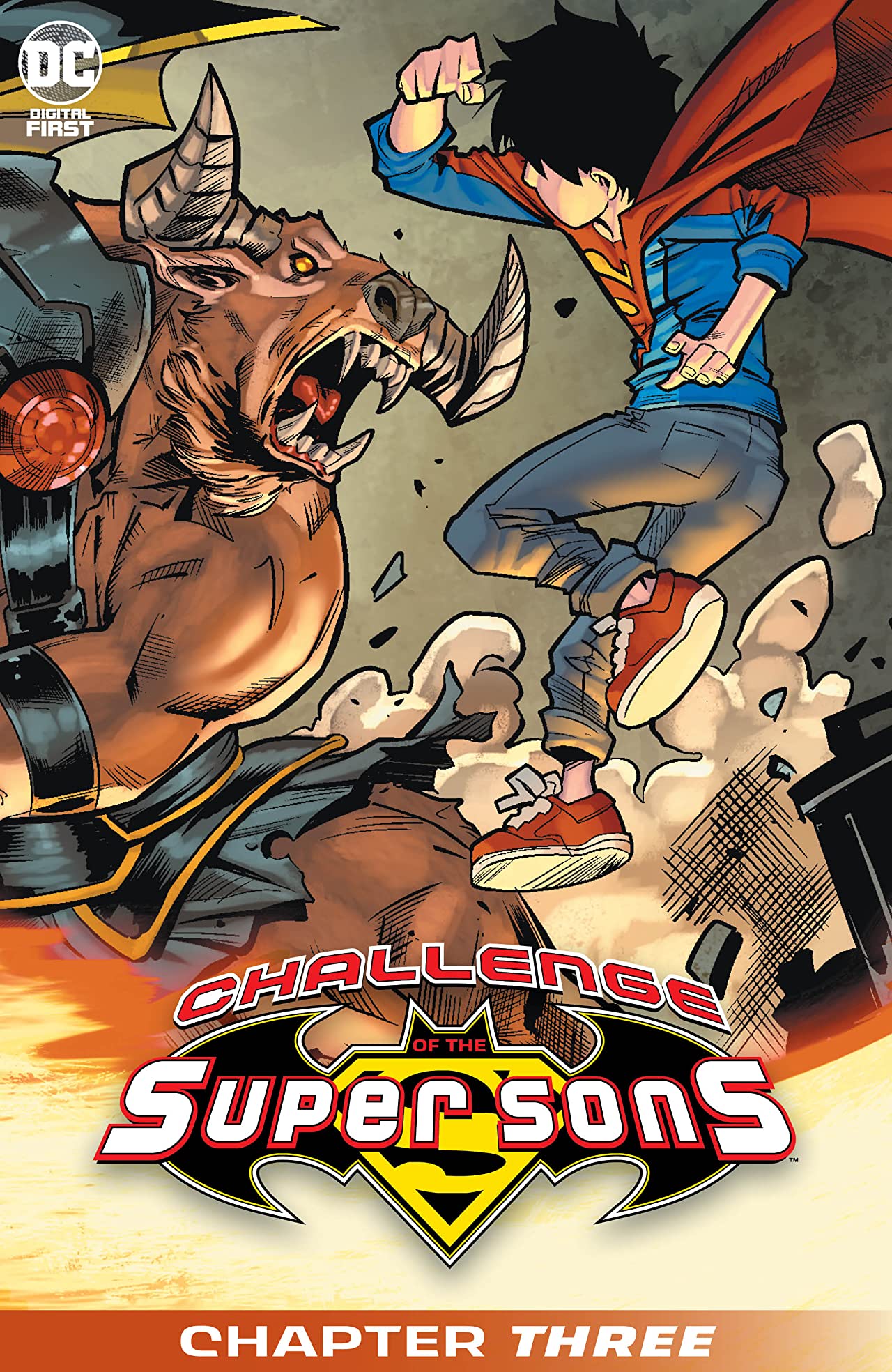 Challenge of the Super Sons #3 (of 14)
Cover date: December 28, 2020
"Death by Doom Scroll" - Chapter 3
Writer: Peter J. Tomasi
Penciller: Max Raynor
Inker: Max Raynor
Buy this comic! For a buck? Why not? Picking up minutes after the previous issue, Damian and Jonathan have tracked down Wonder Woman. In order to work around the rules of the Doomsday Scroll, they have retrieved a lasso of lies from the Batcave. Damian gets the lasso onto Wonder Woman shrouding everything she would see is lies to prevent her from seeing the threat that is trying to kill her. This is because, as per last issue, if the victim sees and prevents their death than a separate innocent must die. Jonathan and Damian separate, with Jonathan tasked with defeating the threat to Wonder Woman. A giant Minotaur is revealed to be the attacker, resulting in a battle between Jonathan and the Minotaur. It ends up taking the combined skill and might of Jonathan and Damian to defeat the enemy which leaves a bewildered Wonder Woman confused as to the downed foe at her feet.