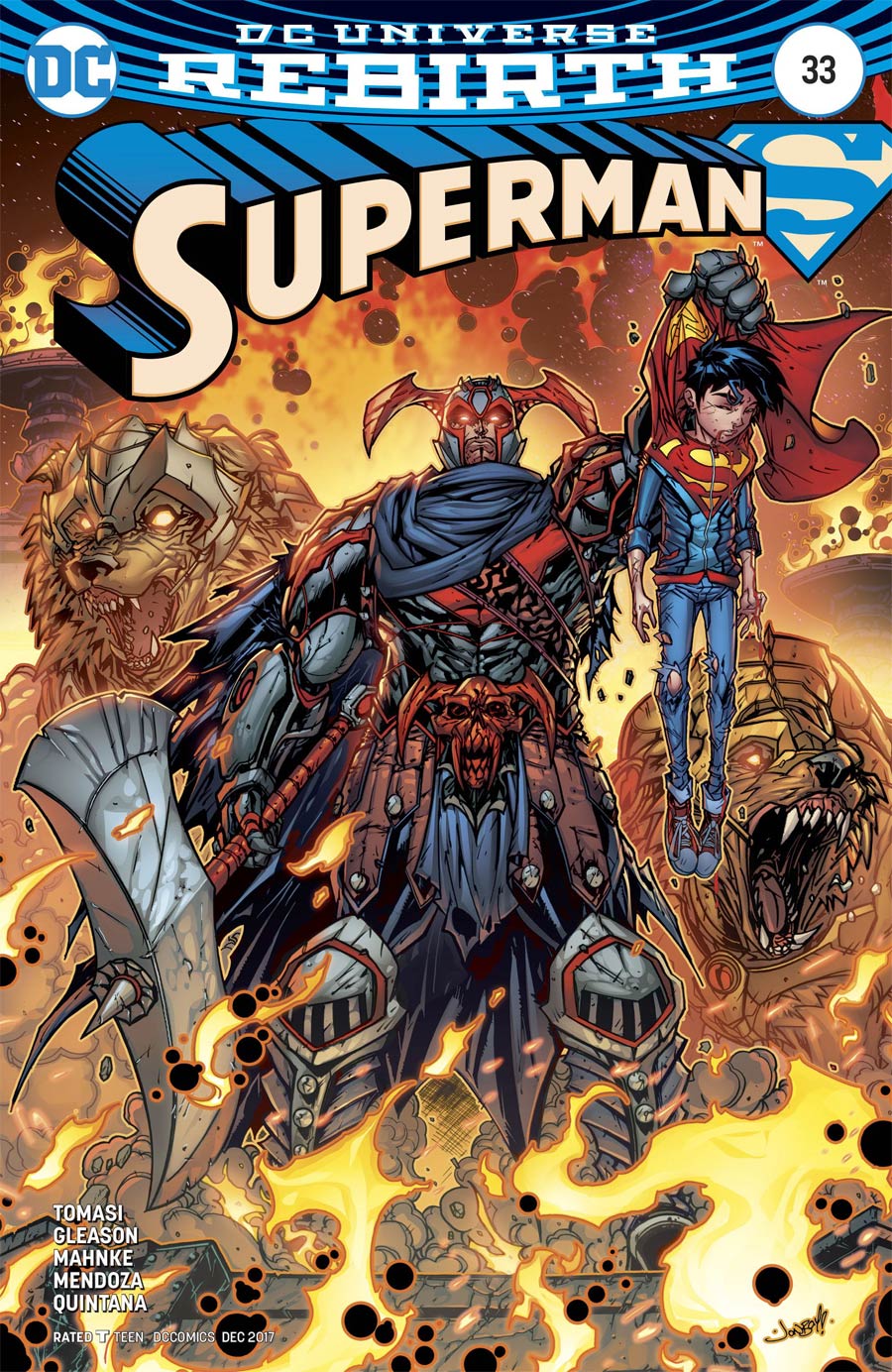 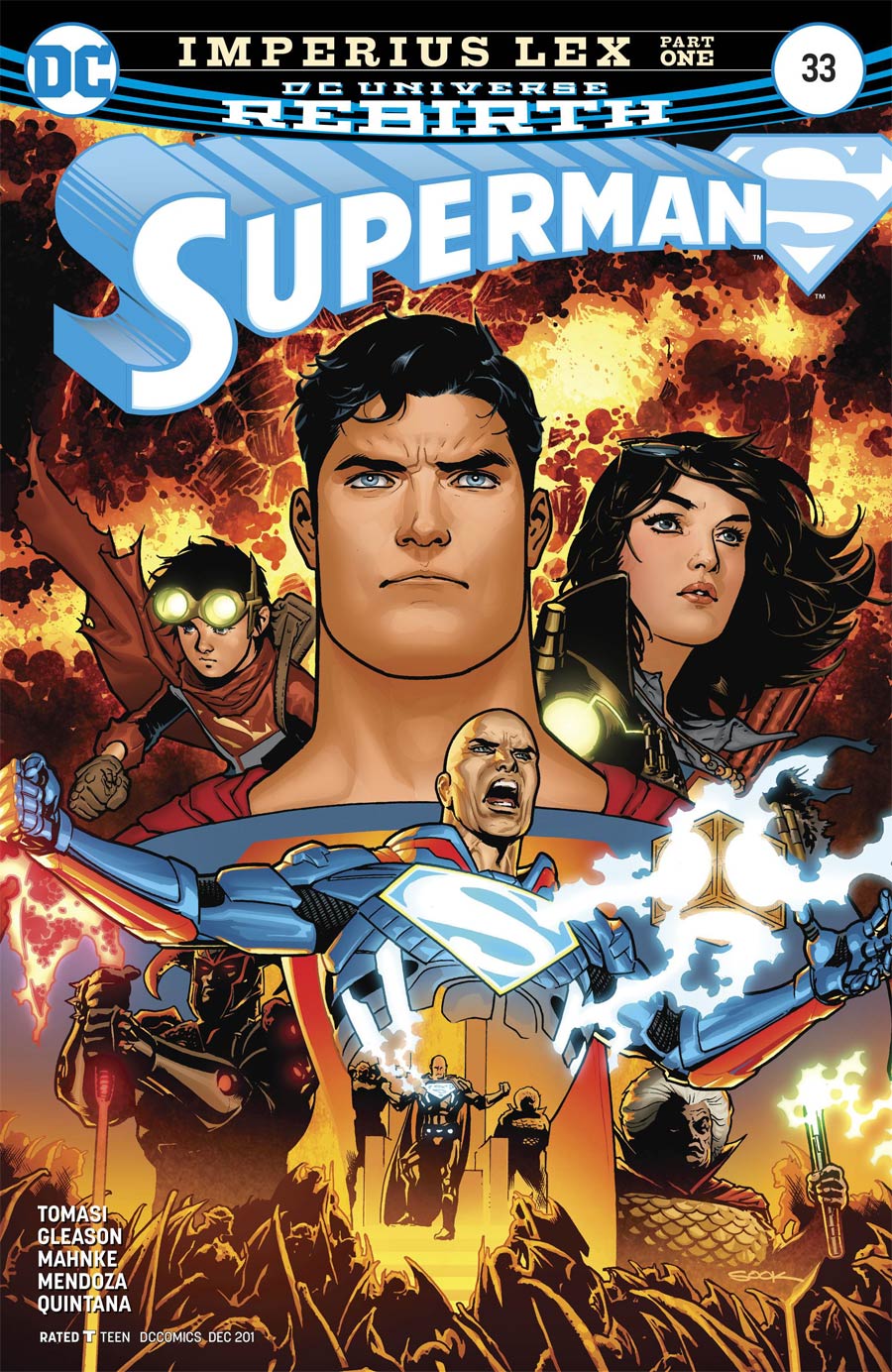 Lex Luthor is a man whose dreams have really come true. Public opinion of him is now so positive, he is seen as equal to Superman and he is human. Superman is a champion of man, though he is still, at his core, a strange visitor from another planet. Lex is now seen as every bit the hero as Superman is but nobody knows better than Lex that he could never have risen to that level without his Apokoliptian technology.

Everything comes at a price and the dictator, Darkseid, has fallen from grace. Apokolips craves a new leader to lead it into the next age, so who better than the greatest criminal mind of our time?

Superman is met by a 'Lexbot' who promptly Booms the Kents to Apokolips and now even Lois & Jon have to join the never-ending battle.

Story - 5: Lex as a good guy has always been a difficult pill to swallow but I found this issue to be quite the revelation into his human side which has typically been done by introducing Lena into stories in the past. There is still the edge of competitiveness with Superman, after all he wouldn't be who he is without that somewhere within him.

Luthor genuinely seems to be a good guy, a little smug, but a good guy.

To turn the tables and make him a victim after achieving his goals is a twist and I am not sure how Superman will deal with what is in store for Lex after his nemesis' abduction.

I am not sure I like that the 'Lexbot' could track down Superman so easily, nor that Lex would not equip it with tech to expose the Man of Steel. (You can see I am still suspicious of him).

Art - 5: Doug Manhke and Wil Quintana are my favorite art team. They can handle everything the writing team throws at them from the ridiculous, to the dark, to the mundane. I never tire of how detailed and breathtaking the artwork is. It can be a little dark at times but that keeps things interesting.

Cover Art - 5: Stop and soak it in. This issues cover is the single most amazing piece of art DC published this week. I am not kidding. I love it. Simply AMAZING!

Variant Cover Art - 4: A stunning visual, a spoiler and a tiresome trope. Still Meyers does a great job of making you stop and stare for a few minutes.

I am not liking DC's regular use of Jon as a tool to put Superman in jeopardy or as a bargaining chip, the fact this hasn't happened in the book yet is also frustrating. I cannot fault the art but I can be annoyed at the editor for approval.