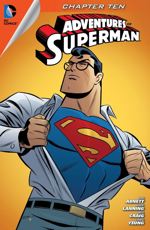 What's the expression? It's not easy being green? Yes. That's it. Foolish, as far as expressions go. Of course, my disdain for such an expression derives not from a complex of my own mossy nature, but rather from the callow complaints of those who are only green. I'm starburst. And it's very, very easy.

Getting up before the sun, for example. Some have trouble with this, even a few of the rare humans I respect, like Lois Lane. Flabbergasting, it is, really. Mouth-breathing farmers and fetid fishermen can be up with the stars, but one of the finest journalists of our time would rather sleep till 8:00. I savor being up pre-dawn. It gives me time for a few solo games of Ricochet Robots before I start in on the day's earliest tasks. Pushing into tight corners those who would have me incarcerated, what other than that goes better with a bagel topped with white truffle cream cheese and goji berry infused with Riesling jelly and golden leaves? A cup of Tieguanyin, as pleasant as it is, simply isn't a fine substitute.

He's up at this hour, though, off somewhere tackling homelessness or thugs or some intergalactic threat that only he and I know about. There's no time to consider that; I have a team of scientists - who seem to specialize in the pseudo kind - to fire. What's more, by lunch I aim to re-derive Einstein's re-deriving of Plank's law of radiation. I'm not sure yet whether I'll turn the world of quantum optics on its head by revealing my findings, but it's still early.

I'll have to round up lunch with the gorilla and the rest of the mental midgets early so I can be plenty ready for my date to the opera - which I'm bound to be bored of before the intermission.

That should round up my day before I can sit and meditate on the finer things in the world, like how to kill him. My current plan-in-action, though solid, isn't fail proof. He just may override the power drives and take the android down. He's intriguing like that, and why I'm ambivalent. Wait. What am I saying? I loath that alien. Either way, I'm always prepared for a visit.

Story - 3: Overall, I found this to be an interesting story. I like having Superman stories told from different perspectives. That's one reason why I adore Superman For All Seasons. Luthor is especially interesting as his perspective is so intelligent and yet so damaged. Unfortunately, though, I found the Luthor here to be a little more vanilla than I like, and far more outwardly neurotic. I think Luthor should be cool and collected. He never expressively savors his joy in damaging someone's life, work, or reputation. That's a bliss he canoodles all by his happy lonesome.

So while I would have preferred a slicker Luthor, the story itself was a pleasant little read. Superman's role is generic as he battles a standard android, but this isn't a Superman tale.

Art - 3: There are a few rough patches throughout, mostly with Superman. Lines don't seem to connect where they should making anatomies seem twisted. Much of it seems rushed, but a couple of the splash pages look great.